Silverline Cruises
Monday, 23 September 2019 / Published in About Budapest, Popular places in Budapest, Things to do in Budapest

Are you interested in unique, historical buildings? Do you love art history? Then you mustn’t miss this experience! Visit the House of the Hungarian Parliament. The building is magnificent both outside and inside. If you would like to adore its architecture outside at first, join our Budapest river cruise because you can receive the best view from the River Danube. Actually, the main frontage looks at the river, while the main portal is found on Kossuth Square. 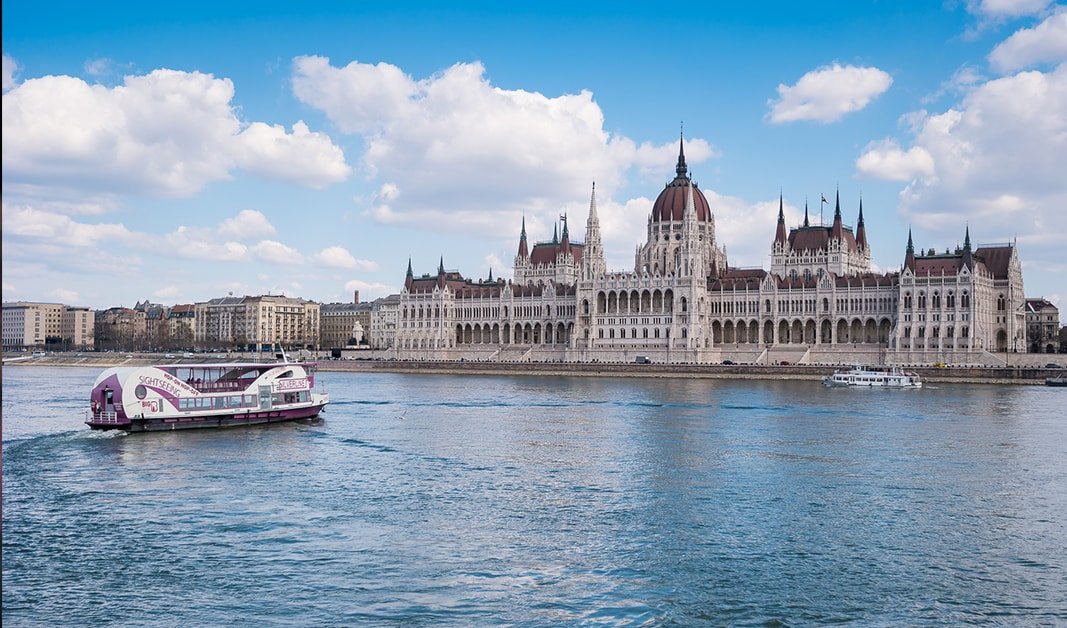 Some words about its history

It was built between 1885 and 1904, and it was designed by Imre Steindl. Unfortunately, Steindl died before 1904, so he couldn’t see the finished building. Its style is eclectic; this means that the building mixes more kinds of great style. Its floor plan is baroque, the frontage is neogothic, while the decoration of the ceiling is inspired by the Renaissance. The House was first used by the Hungarian Parliament in 1896, so during the work of building. That year was important to the Hungarians because it was the millennium of the conquest.
Let us introduce the Hungarian Parliament in Budapest!
The House of the Hungarian Parliament is in the V. district, on the bank of the River Danube, on Kossuth Lajos square. This is the 3rd biggest building of the parliament in the world. The structure of it is absolutely symmetric because the Hungarian parliament was originally bicameral. The Upper House worked in the northern wing which had blue carpet on the floor, and the Lower House worked in the southern one, which had a red carpet. Nowadays, this latter one is used by Hungarian politicians, and tourists can visit the northern part.
The length of the building is 268 m, the width is 123 m, and its floor area is 17745 square meters.

Almost all parts of the building have made of Hungarian materials, and mostly Hungarian craftsmen had to work on it. Hungarians wanted to show the greatness of their country by these requirements. The motives of the decoration were inspired by the flora of the Carpathian Basin. Several really expensive materials were used, e.g. all in all 40 kg gold decorates the House. However, if we have already mentioned numbers: the red carpet which runs along the building is 3 km long. As we said, mostly Hungarian materials were used. Only the eight huge granite columns are the exceptions which stand by the grand stairway. They were ordered from Sweden, and there are only 12 columns like this in the world. (The other 4 are in the House of the Parliament in London).
The building was renovated in 2009, and its floodlight was renewed in the summer of 2014.

Visitor route in the Budapest Parliament

700 000 visitors come to the building from year to year. Even foreign tourists, so professional tour guidance is provided in more languages. The tour lasts approximately 50 minutes, during which you can visit the best parts of the House.
There are 28 splendid staircases, but the most marvelous one is No. XVII. This leads to the main stair, which is really representative. You can find here several statues and glass painting, moreover, it offers a wonderful view to Kossuth Square. Then you will reach the Chamber of Peers and the Lounge of the Chamber of Peers. The chamber has excellent acoustics. Most part of the furnishing made of Slavonian oak, which is a really valuable wood. There are 453 seats which are in a horseshoe shape. They are brown, green, or red. On the walls, you can admire the painted coats of arms of the Hungarian royal families and other painting which represents the important historical role of the Hungarian nobility. In the lounge, there is the biggest hand-knotted carpet in Europe; it is turquoise. You can also admire the pyrogranite sculptures which are made by the Zsolnay works. They preserve the memory of old Hungarian national groups and crafts. The next station is the Dome Hall, which is the center of the building. It is really important because the Hungarian Holy Crown and the Coronation Insignia are kept here from 1st January 2000. They are one of the oldest crown jewels of Europe and guarded by the Crown Guard of the Hungarian Armed Forces all day. The hall is approximately 27 m high. We should also mention the marvelous sixteen-rib vaulted ceiling with colorful glass windows. The last station is the Grand Stairway. It leads from the main entrance to the Dome Hall, and you can count 96 stairs. Here are the famous 8 granite columns which came from Sweden. It is also worth watching Károly Lotz’s paintings and the brilliant glass windows of Miksa Róth.
However, there are also some other important and famous parts of the House, such as the parlors of the President of the Republic, the Library of the Parliament, or several other famous paintings, e.g. the Conquest by Mihály Munkácsy. 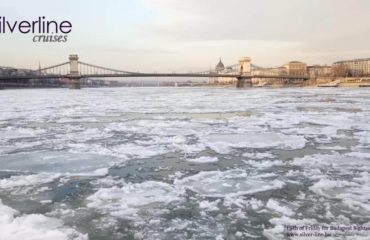 The longest break in the history of the Silverline cruises 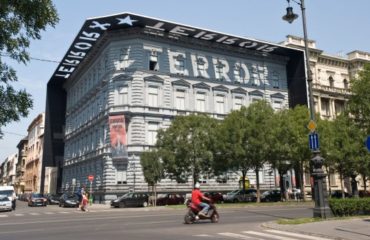 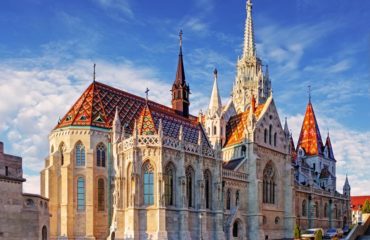 Things to do in budapest in may