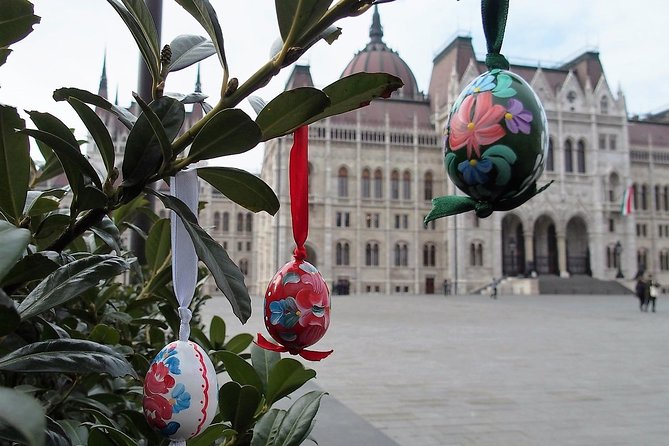 In Hungary, there are lots of traditions related to holidays. Obviously, they are not really served in big cities but in little villages, they are preserved even nowadays. Besides the three big national holidays, even religious holidays are celebrated with several interesting and sometimes spectacular traditions.
Hungarian national holidays are the followings: the holiday of the revolution and fight for freedom in 1848 (on the 15th March), the day of King Stephen I who founded the Hungarian state (20th August), and the holiday of the revolution and fight for freedom in 1956 (23rd October).
If we study religious holidays, Christmas and Easter have the most traditions. At Eastern, Christians celebrate Jesus Christ’s resurrection; this is the biggest Christian religious holiday. In contrast Christmas, Eastern hasn’t got a fixed date. It is celebrated on the first Sunday and Monday which follows the first full moon after the spring equinox.
Hungarian Easter traditions
On Sunday, religious people take some food to the church where the priest sanctifies them. After the holiday mass, they go home and eat the food which traditionally consists of lamb, eggs, ham, scone, and wine. Roman Catholic people can eat meat first on this day after the 40-days-long Lent. Most of this food is symbolic, for example, lamb represents Christ’s oblation, wine symbolizes his blood or eggs are symbols of rebirth. According to Hungarian traditions, Eastern eggs must be eaten together. The explanation says if anyone got lost in life, he/she would remember the others with whom ate the holiday menu and so could return to them. The bone of the sacrificed ham was hung on the fruit trees in order to enhance their fertility. 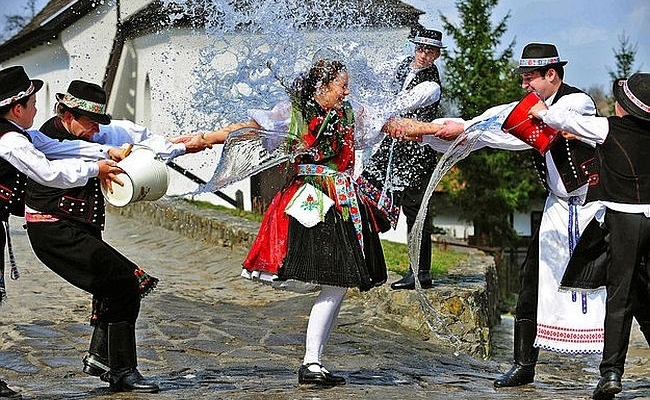 In Hungary not only Easter Sunday is a holiday but also the next Monday is. On this day, boys and men visit the girls and women in the family, neighborhood or in the circle of friends and ‘sprinkle’ them. Originally, they used a huge bucket of cold water from a well. There are different explanations for this habit. The religious one says that the soldiers tried to tranquilize the women who were really happy about Christ’s resurrection with some cold water. Another one refers to pagan times.
According to this, early spring is also the celebration the fertility and the water symbolizes it. In some villages, we can still see this conventional method but it is rather a touristic sight. The old tradition became blander and nowadays usually some cologne (or, in luckier cases, perfume) is used. In the second part of the 20th century, a cologne called Krasnaya Moszkva was the most popular product among men while most women hated its smell.
Anyway, men do this not completely free. Traditionally, girls and women gave them some painted eggs for sprinkling. These eggs were real works of art; they were colorful with complex patterns. The patterns were regularly white and they were made with ‘íróka’ (a thin metal pin on a wand). With this equipment, hot wax was applied on the eggs, then eggs were put into some dye. Once the paint had dried, women scratched the wax down – and the pattern became visible. The most common color is red because it is believed to have a protective strength and it also can represent Christ’ blood. Nowadays mostly chocolate eggs can be received; they are not so nice but at least delicious. Children often played with these eggs. They rolled them down from a declivous hill and others at the foot of the hill tried to catch the eggs.
In the western part of the country, there is another old tradition which is known as flogging. Do not worry, it is not as frightening as it sounds! Men and boys twisted some thin withies together and hit girls and women with this equipment to make them more healthy, energetic, and beautiful.
Easter in Hungary – The origin of the name
Easter in Budapest is called ‘húsvét’ which includes the expression meat (‘hús’). This refers to the end of the Lent. In England and Germany, the name of the holiday suggests pagan preludes. It serves the name of a German goodness called Ostara who was the mistress of the spring. Her celebration was at the time of the spring equinox. According to a tradition originated South-Germany, parents hide eggs (and, nowadays, even small toys or sweets) in the garden for their children. This foreign habit has been becoming popular in some parts of Hungary, too. The origin of it is also related to this old German goddess. 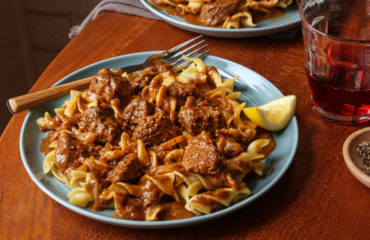 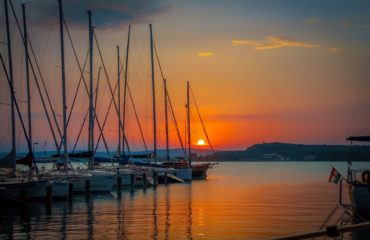 Things to know about Hungary 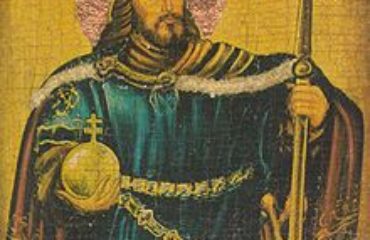